In Gujarat’s garba city Rajkot, Aslam Solanki is doing what most entrepreneurs in India aim to do: thinking local and building global. With a vision to solve problems faced by digital designers, be it photographers, album designers, and graphic designers, Aslam has built automated design solutions. Parent company InsideLogic Software product offerings include Album Sense, Visual Sense, and soon to be launched, Photo Sense. According to Industry Arc, the global photo editing software market size is expected to reach $372.5 million by 2025. The market is forecasted to progress at a CAGR of 3.7 percent between 2020 and 2025. The photo editing software market is steered by Adobe Photoshop, followed by players including Zoner, Serif, MacPhun, and Corel, among others.

“We are indirect competitors to Adobe Photoshop. But we are faster, better, and cheaper,” Aslam claims.

Aslam bhai (this is what people usually address him as) had to discontinue his studies in Class 9 after his family faced financial constraints. “For what I ultimately wanted to pursue, getting a graduation degree didn’t make sense,” Aslam tells. Working a 9 to 5 job was never Aslam’s plan as he wanted to build his own venture. Right out of school, after working a couple of odd jobs, Aslam got interested in marketing. He picked up a few B-School textbooks, became familiar with the dos and don’ts, and went around seeking marketing jobs. Towards the end of the ’90s, Aslam was associated with individual digital background designers, helping them sell their CDs to studios in Rajkot.  During one such sales meeting, an album designer said: “Man has reached the moon but there is still no automation in designing.” That was Aslam’s aha moment.

In 2000, he started working on building an automated album designing software. In 2016, he incorporated InsideLogic Software and launched the software Album Sense.  Later, Aslam roped in industry experts to be a part of this 15-member startup. Raju Jayani manages Business Development, Hiren Joshi is responsible for Business and Channel Development, Yogesh Vachhani is the Tech Head, Munjal Solanki heads the Sales team, and Sarfarz Munshi manages Retail Sales and Finance.

Album designing is a cumbersome process. An average photo album takes approximately 300 photographs that fit into up to 60 pages. The whole process takes a photographer/ album designers anything between 24-48 hours, if they are highly skilled, and more for amateurs. Aslam has built an album designing portal, Album Sense, which creates albums almost instantly. The specialty of this unique album designing portal is that it is based on artificial intelligence (AI). Additionally, it automatically colour corrects the images and comes with smart cutting tools. “Album Sense helps save efforts of millions of man hours by automating the whole process,” Aslam says.

The second product of InsideLogic Software is Visual Sense. It is targeting small and mid-size businesses who are looking to build their brands online. Visual Sense is an Artificial intelligence based automated branding and social media design tool. It provides ready-to-use designs. Businesses just need to add their colour scheme specifications, logos, and other major details. The software remembers all these details and helps create branding and marketing designs based on these specifications.  The third product, Photo Sense, which the team plans to launch by late October, is an AI-based image editing and designing software loaded with 112 features.

Album Sense is available at a one-time cost of Rs 5,000 for a single user whereas in case of multiple-user usage, the cost is Rs 7,500. Album Sense boasts more than 10,000 paid users. “We are promoting ourselves by participating in trade fairs held across the country. That is where we acquired our initial customers,” Aslam says. Visual Sense is available for Rs 1,499 for three years of unlimited design downloads. Post its launch, Photo Sense will be available free of cost for the first three years. Users need to make in-app purchases in case they wish to use the advanced designing templates. However, advanced features, without the automatic album designing portal, will be free to use, as of now.

“The products that are available in market with the same features cost at least Rs 1,500 per month,” Aslam explains. After the first three years, the team plans to charge an annual subscription fee of Rs 786 as Photo Sense shall be available in a SaaS model.

The customer base of InsideLogic has been increasing year on year by 20 per cent. Last year’s turnover for InsideLogic was Rs 20 lakh. The company is expecting it to increase to Rs 2 crore by 2022, post the launch of Photo Sense. “We have re-invested 50 per cent of the revenue in growth of the company,” the founder says. Going ahead, InsideLogic Software plans to raise funds to expand to the global market. “We want to make an Indian product a world leader in image editing and designing,” Aslam says.

Top ten WordPress Themes that Artists love to use

Get Away with Professional’s Choice for WordPress Plugins

Biomedical waste management amid Covid-19 through hospitals and diagnostic labs

The top 10 Inspirational Business Books For 2020

Microsoft to Allow 150,000 Employees to Work From Home 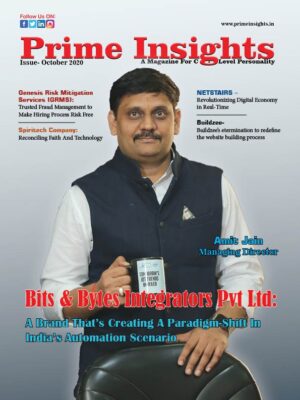 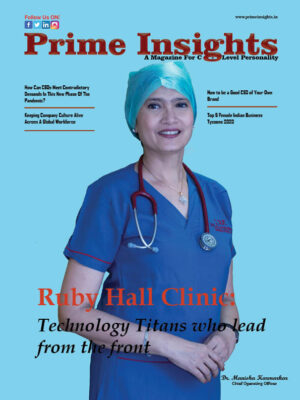